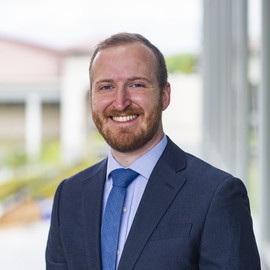 Samuel Wunderly is a doctoral candidate in economics at Emory University. Samuel has research interests in health, labor, and game theory and will be available for interviews for the 2021-2022 job market.

A resurgence in right to work laws has occurred with six states adopting this legislation in the twenty-first century. While previous research focused on how right to work laws impact labor unions and the economy, little is known about how recent policy adoptions can influence workplace injury rates. Using a difference-in-differences approach on U.S. panel data from 1992 to 2018, I examine the impact of right to work enactments on fatal and nonfatal workplace injury rates. Further, I study this relationship in the private and public sectors as well as within seven different private industries. My findings suggest that a right to work passage leads to a small increase in fatal injuries while also decreasing nonfatal injuries, primarily nonfatal injuries which result in days away from work. These results are further bolstered through a generalized synthetic control technique. When analyzing each sector and industry, results show that they can have large magnitude differences across these groups. Analysis from state case-studies concur but placebo tests show that these are insignificant. I conclude that right to work laws may decrease average safety standards while increasing the incentive to misreport costly nonfatal injuries.

The Relationship Between the Unemployment Rate and Workplace Injuries

The United States has been experiencing a decline in workplace injuries since the 1970s, driven by workplace safety legislation and improvements in technology. However, workplace injuries flattened with an economic expansion in 2010. Previous research studied an era of the US which vastly differs from the labor force today. Using a difference-in-differences approach on unstudied industries and workplace injury outcomes from 1992 to 2018, I examine the relationship between the unemployment rate and workplace injuries in a new era. Further, using modern estimation techniques, I look at how the relationship of interest differs during an expansion and a recession which was previously assumed to be equal. My findings show that a one percent increase in unemployment is related to a 17.8% increase in nonfatal workplace injuries. This inverse relationship conforms to previous findings. However, a one percent increase in unemployment is also found to increase fatal injuries by 13.2% which is a significant update to previous findings contradicting conclusions of previous researchers. I cannot reject the hypothesis that these rates differ between expansions and recessions. However, when breaking down the nation by sector and industry, the relationship between unemployment and injuries can be found to be counter-cyclical and there can be large differences depending on the economy is experiencing a recession or an expansion which contrasts what the nation exhibits as a whole.